Bicycle-riding theatre company The Handlebards will bring their brilliant all-female version of Romeo and Juliet to our very own Fallowfield Loop cycle route in Manchester as part of a tour to mark the 400th anniversary of Shakespeare’s death.

The Handlebards ‘4 for 400’ season includes four plays each performed by four actors in over 70 venues over the summer. The troupes carry all their costumes, props and sets by bicycle, travelling across the National Cycle Network to reach their shows.

Cycle or walk to the open-air show at Levenshulme along our linear traffic-free path, which runs between Chorlton to Gorton, and bring a picnic and a blanket or portable chair.

There will be three led rides to the event at Levenshulme – from Chorlton at one end of the Fallowfield Loop, Debdale Park at the other end, and Heaton Moor. 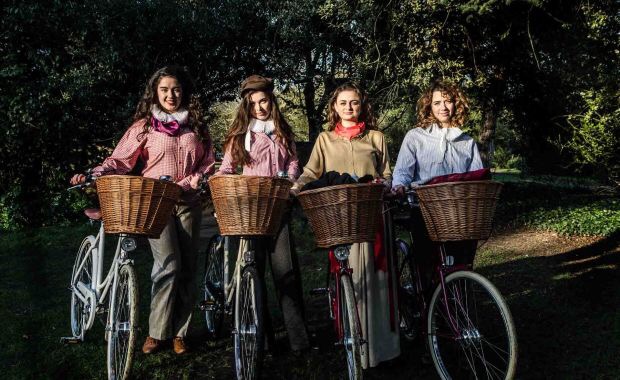