Here is an update from Greater Manchester Police regarding the various firearms incidents over the holiday period.

“Police have made five arrests this week after recent shootings in Manchester.

Detectives investigating ongoing disputes between Manchester crime groups have made five arrests this week in connection with firearms discharges.

On Wednesday 6 January 2016, a 24-year-old man was arrested on suspicion of attempted murder after a 22-year-old man was shot in the chest on Salisbury Road in Moss Side. He has since been bailed.

Today, Friday 8 January 2016, two men have been arrested on suspicion of conspiracy to commit murder after two firearms discharges on Boxing Day and New Year’s Day on Lytham Road in Levenshulme. A 26-year-old man and a 30-year-old man are currently in police custody.

Superintendent David Pester from GMP’s South Manchester Division said: “This week our officers have worked incredibly hard in difficult circumstances to bring those who are using guns on our streets to justice.

“We have arrested five men who are connected to the organised crime groups we have been investigating, but we still have a long way to go.

“We understand that the community are still very concerned about these ongoing disputes and I’d like to reassure them that we are doing all that we can to address their concerns.

“This week we have met with community leaders and elected members and we will continue to update everyone about the ongoing investigations. Officers, supported by officers from the Force Major Incident Team and specialist resources, are working tirelessly around the clock to bring the offenders to justice.

“We still need the community’s help to rid these offenders from the streets of Manchester, so, if you have any information that could help our investigation, please get in touch. Every piece of information, no matter how large or small could be vital.

“We still have a long way to go, and a lot of work still needs to be done but we want this to be a message to those out there that know they have been behaving recklessly and putting innocent lives in danger.”

This will be an opportunity for local residents to hear from and put questions to GMP officers and local Councillors following the two recent incidents in Lytham Road.

Another meeting has been organised at the Klondyke, Burnage Range on Wednesday 13th January (7pm). 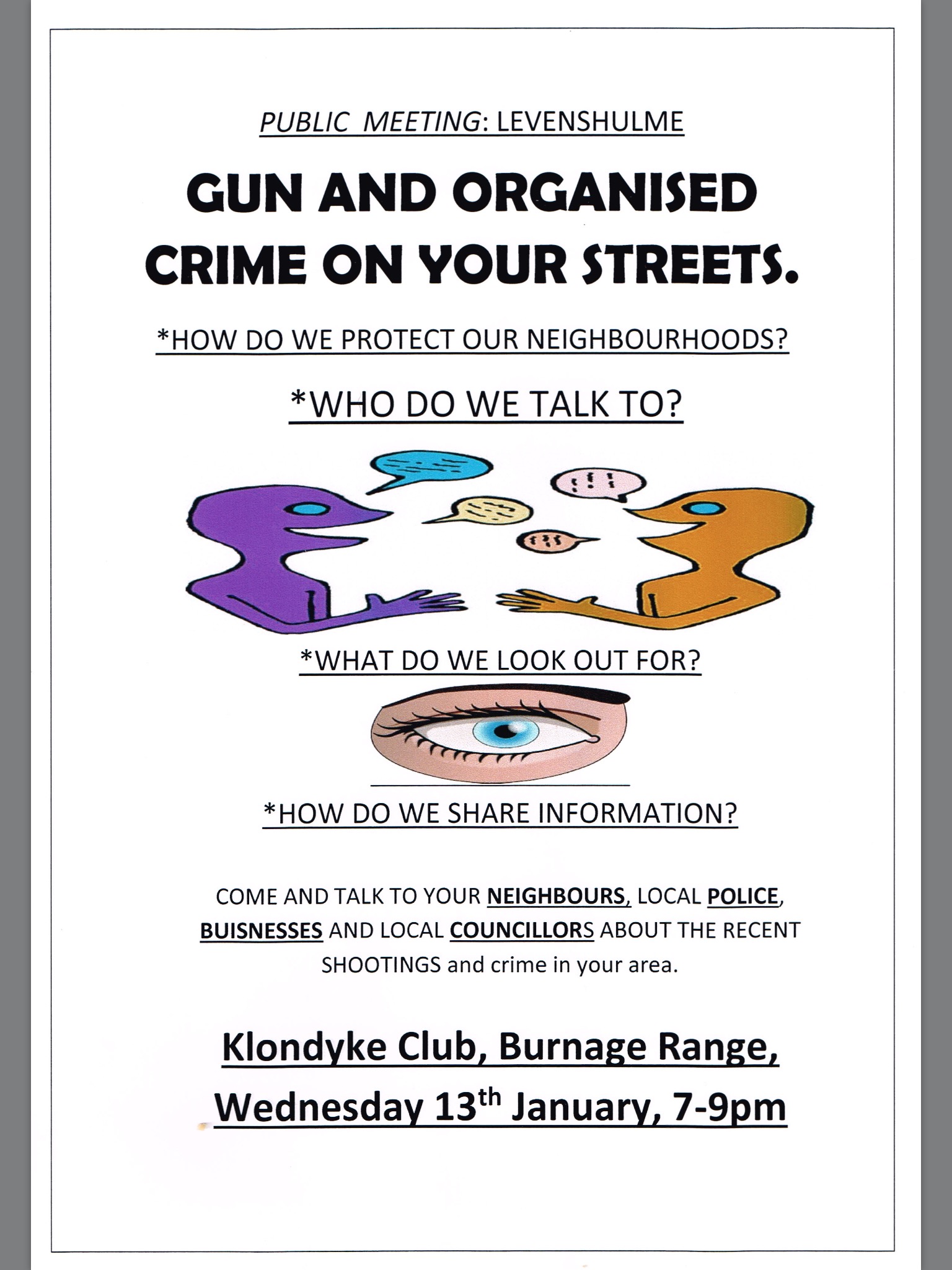