Everyone is welcome to the Levenshulme Hope not Hate Vigil on Sunday 26th June at 11.00am on the Village Green.

This is to mark the horrific events of the Orlando massacre and the brutal murder of Jo Cox MP but it is also to show we stand together as a community against violence on our streets whether that be personal abuse, muggings, stabbings and shootings. We have had enough and stand together in a show of defiance against the violence and hatred.
Levenshulme stands against hatred, intolerance and violence.

Levenshulme Community Association has come together with Levenshulme Inspire Church to organise this public show of solidarity against hatred but it is an event for all the community groups, organisations, people and religions of our great community.

Come along, celebrate Levenshulme and show your support for love and hope, not hate. The consultation is available HERE

All comments must be received by the Council by 5pm on 20th September 2016.

The announcement from the council follows:

The Council would like to inform you that it is beginning a consultation on the draft Hot Food Takeaway Supplementary Planning Document and would welcome any comments you may have on this issue.

The draft Hot Food Takeaway SPD builds on existing policies in the Core Strategy relating to health and the night time economy, including policies SP1, C1, C2, C10 and DM1. The intention of the SPD is to provide further detail on these policies in relation to hot food takeaways. A copy of the Core Strategy can be found on the City Council’s website http://www.manchester.gov.uk/downloads/download/4964/core_strategy_development_plan.

The draft hot food takeaway SPD is the next stage following the Issues and Evidence gathering stage, which was completed last Summer. This stage seeks comments on the draft document and there are a number of ways to do this:

Through our consultation portal –

All comments must be received by the Council by 5pm on 20th September 2016.

Following the consultation the Council will consider all the comments and possibly make modifications before adopting the final version of the SPD, at which point it will inform the Council’s decision making process.

If you require any further information on this consultation please do not hesitate to contact Rebecca Friday on 0161 234 4561.”

Come and find out what’s going on in the park including latest MCC update, current issues and future plans. Everybody welcome.

Our speaker at the EU Refefendum Debate organised by Levenshulme Community Association on Wednesday 15 June had this to say about Levenshulme:

“Thanks very much for this very kind email. But in fact, it is me who should thank you and your fellow citizens in Manchester for raising my spirits enormously. I was thoroughly impressed by the sense of community and interest and concern and solidarity that I encountered last night. You have a rare and valuable thing in Levenshulme.”

You can read a report of the debate, read feedback and see a video of Professor Dougan HERE

We saw the very best of Levenshulme last night at the LCA Debate on the EU Referendum held at the Klondyke – engaged people discussing a crucial issue that affects their lives in a thoughtful and respectful manner, posing really probing questions and debating a topic with care and attention. The debate was chaired and moderated by Jeremy Hoad, LCA Secretary.

The starting point for the evening was not, however, the EU, but a statement of solidarity with LGBT people as a mark of respect following the horrific massacre in Orlando this week. Levenshulme is a diverse and inclusive community that does not shy away from expressing support and solidarity with marginalised groups and the victims of hate either locally or across the world.

The focus of the debate was the EU Refefendum. LCA exists to give a voice to the groups and the people of Levenshulme. Even if Vote Leave had been able to send a speaker the evening would have still concentrated on that – a debate for us, informed by the speakers, not a debate between the speakers. As it was we had the privelege of hearing from Michael Dougan, Professor of European Law at the University of Liverpool. Thanks to Britain Stronger In Europe for connecting Professor Dougan with the LCA for our debate. Although the debate was not recorded Professor Dougan kindly provided a link to a talk he recently gave on the EU.

You can watch the video HERE.

The success of the evening can be measured by some of the feedback below. Levenshulme is just the most wonderful place. Nowhere else in Manchester does this as well as we do.

Thank you to everyone involved in making this event such a success in particular to our speaker but also to the people of Levenshulme.

“Tonight’s busy meeting at the Klondyke was the best thing ever in Levenshulme. Michael Dougan was not after votes, was not in Remain, but simply answered questions with hard facts about what the EU can do – and can’t do, along with possibilities based on evidence Myths were dispelled without a party political agenda. The audience was mint: loads of good questions – people happy to be challenged – and very respectful to each other. We all learned a lot! Everyone agreed that if Professor Dougan was on national TV it would change the shape of this debate. Thanks to the LCA: thanks Jeremy Hoad for one of the most uplifting, respectful and useful meetings ever.”

“Even as an out voter this was a fantastic night (the bit I saw). Not at all like I was expecting, quite balanced and the people I spoke to said it had really helped answer their questions. Really well done!”

“It was good to hear the legal aspects of membership/non-membership. My decision on my vote was mainly based on how I feel about things. After last night I have a clearer idea of how the EU interacts with the UK. It was good to get some facts rather than propaganda. Thanks for holding the meeting.”

“A very interesting evening, thanks to Jeremy for organising… this is the sort of factual information we need that isn’t available through the media.”

“So proud of Jeremy Hoad, organising and chairing the EU referendum debate in Levenshulme tonight. Brilliant stuff – I know I’m biased [Paul Magrs is Jeremy Hoad’s partner], but really, I learned such a lot, and I think most everyone else did too. I wish the media had presented us with more of this demystifying kind of stuff. [Michael Dougan] was just excellent, and I think everyone appreciated his matter of fact approach. You’d have to be crazy to want out of the EU, basically – and he patiently explained the lies being told on all sides, and the kind of chaos that will greet us if we leave.

Anyhow – it was fantastic. Can’t we have more of this knd of thing locally? A kind of local Question Time, with people who you can actually engage with and want to listen to..?”

“Excellent talk, fair debate and I came away so much more informed about the EU… Knowledge is power, and all that! Thanks For organising this Jeremy. If only there were more actual experts like this in the mainstream media.” 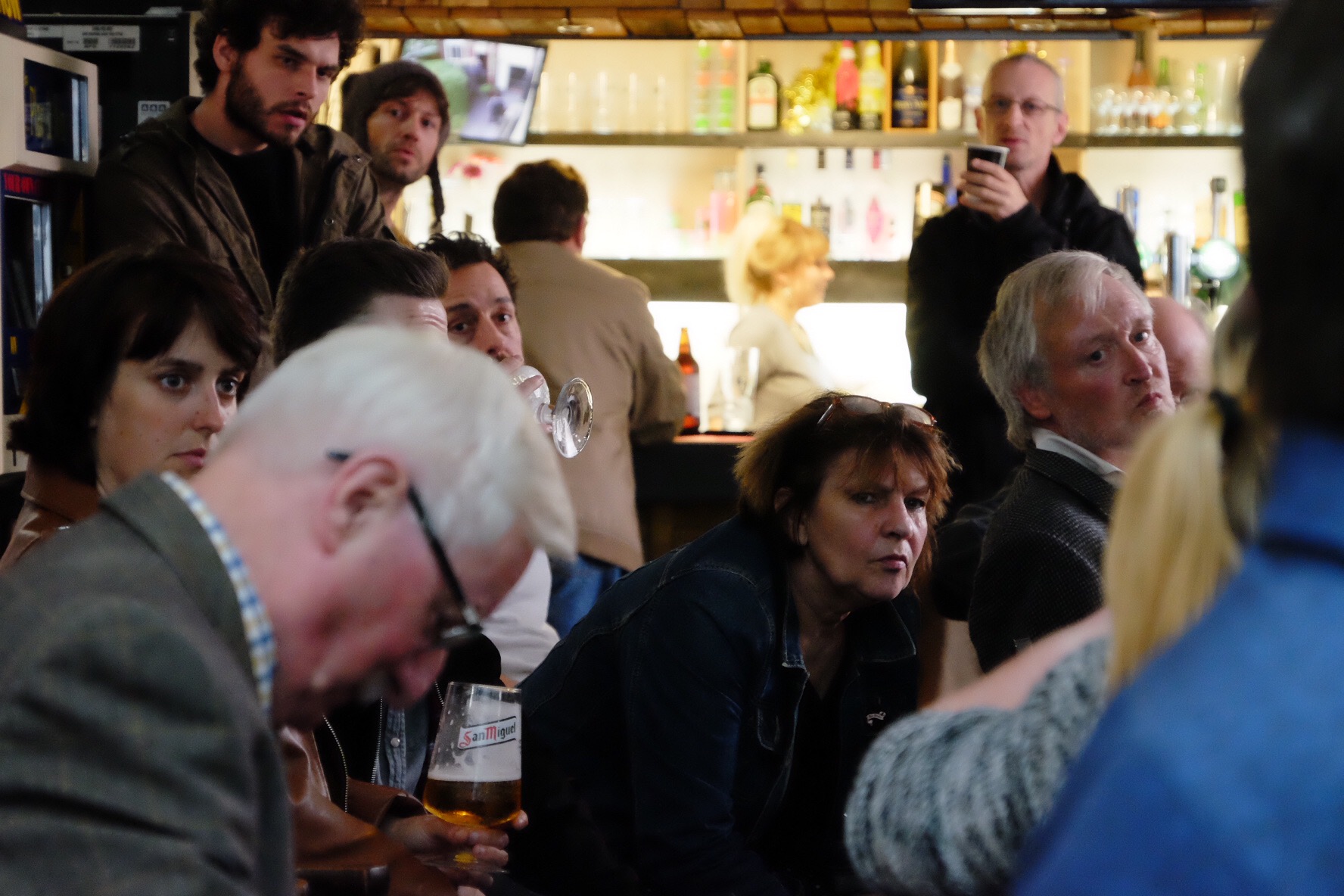 Levenshulme Good Neighbours are a local charity that supports older people by offering befriending. Our volunteers are visiting older people in Levenshulme everyday offering help, support and most of all friendship. We make a real difference to the Levenshulme community.

We also need volunteers to help us to run our organisation. These volunteers are vital to our success. We are looking for two new members to join our friendly Management Committee. Please take a look at the flyer (below), share it with your networks and if you know anyone who may be interested in joining us – please do not hesitate to get in touch. We are pleased to announce that Britain Stronger in Europe has confirmed the following speaker for the Levenshulme EU Referendum Debate tomorrow. We hope that this message reaches you in the best of health & happiness.
You may or may not be aware that your fellow Muslim neighbours and friends are going through the month of Ramadan – where they fast from dawn till dusk. Ramadan is an auspicious time for Muslims; wherein one reflects and contemplates much on the relationship we have with God Almighty. However, due to the days now being longer, we have worshippers coming in late for night prayers and also in the early morning. This can indeed cause an inconvenience for our non-Muslim neighbours; for which we apologise.

We feel privileged, that as a pillar of the Levenshulme community, we provide a facility where we can accommodate and help open the fasts of the local Muslim populace. We would like to cordially invite you, our fellow neighbours from all walk of life, to share in this festive and wonderful experience by welcoming you to join us for the second annual Iftar Meal when we will be opening the fast.

We would be honoured if you would accept our invitation and break bread with us along with your family and friends and in essence ‘Share the spirit of Ramadan’ with us by partaking in a delicious and hearty meal cooked by our chefs at the Masjid on Saturday 18th June 2016.

We shall be grateful if you could kindly confirm your participation and arrive on site for 8:45pm so we can ensure you are seated and served in time for the breaking of the fast at approximately 9:45pm. Before the meal, there will be an opportunity for you to ask any questions, which will be answered by our scholars.

Yours in good faith
Management Team

You can still register to vote until midnight on Thursday 9th June.

The website has been kept open because it crashed yesterday due to unprecedented demand.

OK, people of Levenshulme, the debate is on!

This is an open, public meeting. Your chance to discuss and debate the EU referendum. Speakers from both Stronger In Europe and Vote Leave are being confirmed.

Should the UK remain part of the European Union or should it leave? You decide.

Levenshulme Community Association is not a political organisation and does not take a position on the EU Referendum. 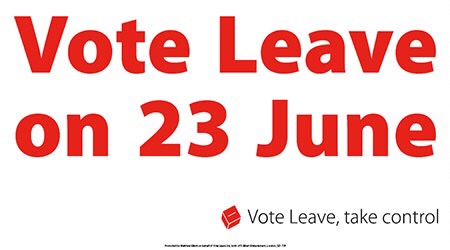 If you haven’t registered to vote by tomorrow (7th June) you will not get a vote in the EU referendum.

If you were registered to vote in the local elections last month and you are still living at the same address you don’t have to do anything, you are already registered.

Levstock are going for a mellow and laid back atmosphere this year, and using it as a fundraiser for a new Arts and Culture Centre for Levenshulme at the Levenshulme old library.

No fireworks this year, and less amplified music. But still lots of surprising things to see and do, and stalls, and good beer. Bring your own picnic*, and be prepared to share it with friends and neighbours. Its a community thing!

Entry to Levstock includes free entry to the LeveNights disco (normally £3) from 10pm.

Levstock will take place at the Klondyke, 1 Burnage Range, Levenshulme (off Albert Road).

You can reserve Levstock tickets online.

You will pay for your reservation when you arrive. This will ensure you have a ticket on the door until 7.30pm. After 7.30pm they may be released depending on demand.

Tickets will also be available on the night at the gate. The next LCA General Meeting will be on Saturday 11th June, 14.15 in the Community Studio at Arcadia Library and Leisure Centre.