For all you gardeners out there our local garden centre, Bud, reopens this Saturday. Hooray for Spring! 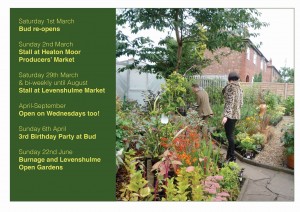 Levenshulme resident and blogger Jules Morris praises Levenshulme for its burgeoning foodie scene and proliferation of supper clubs. You can read about her evening at Trove HERE.

Jules is one half of Bailey and Jules, a couple who live very happily in Manchester. Their blog says: “We love everything to do with food including eating, cooking, watching, discussing, reading, visiting… We decided to start this blog to help us remember all our eating adventures, but we’re delighted that you are reading it too!”

Check out their full blog and foodie adventures HERE. 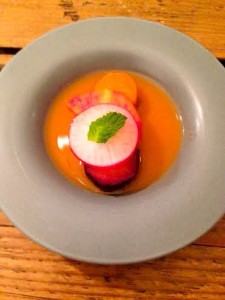 What is this deal about?

1  It’s quick, simple and you won’t need a bill

4  If you choose to switch, we will organise everything for free

Whalley Range High School for Girls has been recognised as one the the top 100 schools in the country for sustained improvements in exam results.

Parrs Wood High School and Chorlton High School were similarly recognised for their achievements in improving the examination success of their pupils.

A large site has been put up for sale around the Atlas Works near Elbow Street and Chapel Street in Levenshulme.

This site is part of the land that had previously been subject to a major redevelopment project and is being sold with planning permission. However, this site does not encompass all of the previous development site which may jeopardise the previous plans. The 1.8 acre site is being offered for sale at “around £750,000”.

The site advertisement is available HERE.

Police are appealing for information after a series of robberies in Levenshulme.

Since 10 January 2014 there have been several robberies where the offenders at first engage in casual conversation and ask for the time before stealing mobile phones.

In each incident the offenders are described as being of Eastern European appearance.

Detective Sergeant Scott Halsall from Didsbury Neighbourhood Policing Team said: “At this stage we are looking at the potential that a number of robberies are linked and have been carried out by the same group of men. We have extra patrols in the area but would ask the public to report anything suspicious to police.

“As the popularity of smart phones increase so too do the number of offences. We would urge the public to remain vigilant and keep mobile phones out of sight and don’t advertise them to would-be thieves.”

Police are also urging residents to make a note of their IMEI number which they will now need to report a phone as stolen. To find this out, key *#06# into the phone’s keypad.

Further information on the in indents can be found HERE

Sunil Chauhan, your local Postmaster, invites you to celebrate a new look for South Levenshulme Post Office at 14.00 on Friday 21st February. If you would like to contribute food or drinks for the party, please email <Sunica@yahoo.com>. The LCA is happy to support this expansion and improvement of services in Levenshulme. Together we can show a thriving neighbourhood, good shops and businesses! The new look post office will provide:

The new post office will open on Friday 21st February at 13.00 and will need to close from Thursday 6th February at 17.30 for refurbishment. In the meantime the North Levenshulme and Burnage Post Offices will remain open as usual.

Any items for the agenda should be submitted by Saturday 1st March. You can submit items using the form below to Jeremy Hoad, LCA Secretary.