Town hall bosses have revealed their preferred location for the new Levenshulme leisure centre. The facility – set to replace the existing baths and library in 2015 – is planned for the current Arcadia sports centre site off Stockport Road. A report to be considered next month shows it would include a ground floor pool with a gym upstairs, as well as the new library.

A new public library appeared for the afternoon on the lawns of Manchester’s Piccadilly Gardens.

Read the full article and watch the video HERE

Children heard a spirited reading of The Cat in the Hat Comes Back, Where the Wild Things Are and the Gruffalo, complete with a Gruffalo impersonation, in a “pop up” library built to protest library closures. The flatpack facility was the brainchild of campaigners from neighbourhoods across Manchester including Northenden, Levenshulme, Burnage and Fallowfield fighting to keep their libraries open.

Subject to consultation, up to six libraries across the city could go in the latest round of £80m cuts implemented by Manchester City Council after the Coalition government slashed its funding. A replacement library will be built in Levenshulme – but not for two years.

Levenshulme activist Valerie O’Riorden told Mule that campaigners had not heard confirmation whether the new library would be a like-for-like replacement. “And with the other libraries who aren’t getting a replacement facility in Burnage or Fallowfield or Northenden” she said, “they’ve heard nothing. As far as anyone’s concerned the libraries are shutting and they will be replaced with an outreach service and maybe a book collection point in a shop or something.”

Councillor Julie Reid (Gorton South) has just confirmed that it was announced at a Labour Group meeting tonight that Levenshulme Baths have been saved.

We came together as a community and we won!

This follows immense community effort – marching, dancing, demonstrating, fundraising, lying in the street, campaigning, putting posters up, writing letters and emails, making banners, lobbying, filling in petitions, consulting and developing proposals to show how the Baths could be saved.

We showed how it could be done and the Council just couldn’t say no.

We have more work to do over the next two years and we still need to save Levenshulme Library but now is the time to celebrate our victory in keeping Levenshulme Baths open for everyone to enjoy. 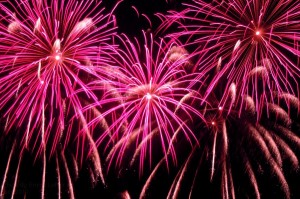 You are invited to attend the AGM of the Community Association at Levenshulme Library at 2.00 pm on Saturday 23rd March. Nominations are sought, with seconders, for the roles of Chair, Secretary and Treasurer.

There will be a public meeting on Monday 18th March 2013 @ 19.00 at Inspire with Councillor Jim Battle (Deputy Leader of Manchester City Council) to discuss the future of Levenshulme Baths & Leisure Centre.